Self-published writers are often left out in the cold, struggling to market and promote their books. But every so often, there is an event to help them get noticed. The Published Book Awards via Writer’s Digest is such an event. Here is what is up for grabs:

Honorable Mention Winners will receive promotion on http://www.writersdigest.com and a special graphic for use in promoting their win. All entrants will receive a brief commentary from one of the judges. Be sure to check out the categories, guidelines, and submission details. Deadline is April 1, 2022.

The Bath Children’s Novel Award is an international writing competition for unpublished and independently published novelists. This years judge is literary agent Stephanie Thwaites of Curtis Brown LTD of UK. The winner will receive £3000 (approximately $3878.40 US). And the most promising longlisted novel, will receive a free place on the Cornerstones Literary Consultancy online 18 week course Edit Your Novel the Professional Way , valued at £1,800 (approximately $2365 US).

Some of the past participants and winners have gone on to getting agents and/or publishing deals. Inaugural winner Lucy Van Smit was swiftly signed by literary agent Sallyanne Sweeney. Jane Brittan attracted a Carnegie Medal nomination for her indie-published debut. Shortlistee Sophie Cameron signed a book deal with Macmillan Children’s after accepting representation with literary agent Hellie Ogden for her YA novel Out of the Blue. Struan Murray signed a six figure deal with Penguin Random House for his novel Orphans of the Tide.

Entry for the award ends November 29, 2020 (and remember, this is UK time zone)! For complete guidelines and entry fee information, go here. As always, good luck!

Self-published writers are often left out in the cold, struggling to market and promote there books. But every so often, there is an event to help them get noticed. The Published Book Awards via Writer’s Digest is such an event. Here is what is up for grabs:

All entrants will receive a brief commentary from one of the judges. Be sure to check out the categories, guidelines, and submission details. Deadline is April 1, 2020.

The Alabama Writing Workshop is a wonderful opportunity to get intense instruction over the course of one day, pitch a literary agent or editor (optional), get your questions answered, and more. Note that there are limited seats at the event, so don’t delay. Here are current faculty:

Learn lots and have fun!

I’m pleased to announce that the author many of us have admired, Jillian Boehme, has her debut novel released today…STORMRISE! Jillian kept her identity secret for many years, pledging she’d only reveal herself when she got a book deal. Watching her progress over the years and waiting for the unveiling was like watching the final episode of the Masked Singer. This was because her talent and passion shown through every post, so by the end of her secrecy, all her fans were on the edge of their seats singing “Whooooo are you, who-who?” 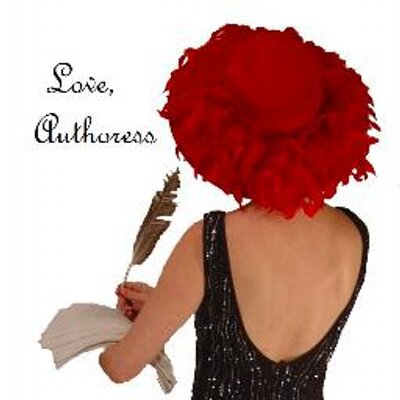 Many of us learned to love her as Authoress on her blog Miss Snark’s First Victim. She gave awesome advise to aspiring writers, edited and gave critiques, and had many contests to help authors get agents. Yes, all while being incognito. She poured her heart and soul into her blog, so not know who she was still made it easy to connect to her. We knew it was a human behind the hat and not a BOT. (See what I did there? Fans and Jillian might be the only ones to get this, so reader don’t fret.)

But let’s talk about why you’re really here. STORMRISE! A combat warrior will risk everything to awaken the dragons and save her kingdom.

If Rain weren’t a girl, she would be respected as a Neshu combat master. Instead, her gender dooms her to a colorless future. When an army of nomads invades her kingdom, and a draft forces every household to send one man to fight, Rain takes her chance to seize the life she wants.

Knowing she’ll be killed if she’s discovered, Rain purchases powder made from dragon magic that enables her to disguise herself as a boy. Then she hurries to the war camps, where she excels in her training―and wrestles with the voice that has taken shape inside her head. The voice of a dragon she never truly believed existed.

As war looms and Rain is enlisted into an elite, secret unit tasked with rescuing the High King, she begins to realize this dragon tincture may hold the key to her kingdom’s victory. For the dragons that once guarded her land have slumbered for centuries . . . and someone must awaken them to fight once more.

So, without delay, go purchase it now, or ask for it from your local library! Let’s show Jillian the love and support she has shown us for so many years! And if your hoping to keep a copy for yourself without purchasing, just enter the Rafflecopter below for your chance to win a copy!

All my LOVE to Jillian and the hopes of a very successful debut!

The Fitzcarraldo Editions Novel Prize submission deadline is midnight July 15, 2019 (GMT). The judges are looking for novels which tackle subjects and themes relevant to the world we live in. The winner is to receive a £3,000 prize as an advance against publication with Fitzcarraldo Editions. The winning novelist’s publication joins a fiction list, alongside writers such as Claire-Louise Bennett, Mathias Enard, Camila Grudova, John Keene, Esther Kinsky, Olga Tokarczuk and Alejandro Zambra. Also, Jeremy Cooper won in 2018 for Ash before Oak, a novel in the form of a nature diary, obliquely charting the narrator’s slow return to health.

This contest is open only to residents of Great Britain and Ireland. For complete guidelines and submission details, go here.

The University of Pittsburgh Press announces the 2019 Drue Heinz Literature Prize for a collection of short fiction. The prize carries a cash award of $15,000 and publication by the University of Pittsburgh Press under its standard contract. No information about the winner will be released before the official announcement. The volume of manuscripts prevents the Press from offering critiques or entering into communication or correspondence about manuscripts. Please do not call or e-mail the Press.

The award is open to writers who have published a novel or a book-length collection of fiction with a reputable book publisher, or a minimum of three short stories or novellas in magazines or journals of national distribution. Digital-only publication and self-publication do not count toward this requirement.

Eligible submissions include an unpublished manuscript of short stories; two or more novellas (a novella may comprise a maximum of 130 double-spaced typed pages); or a combination of one or more novellas and short stories. Novellas are only accepted as part of a larger collection. Manuscripts may be no fewer than 150 and no more than 300 typed pages. Prior publication of your manuscript as a whole in any format (including electronic) makes it ineligible.

Submissions are May 1 through June 30, 2019. Acceptable formats can be either email or mailed. Ge sure and read the complete guidelines before entering.

If you’re wanting to visit this scenic place and write your novel, hurry because there are only a few spots available! And enjoy your writing vacation.

The Alabama Writing Workshop is a wonderful opportunity to get intense instruction over the course of one day, pitch a literary agent or editor (optional), get your questions answered, and more. Note that there are limited seats at the event, so don’t delay. Here are current faculty:

Learn lots and have fun!

Did you know that Tor/Forge takes unagented submissions for science fiction and fantasy manuscripts! But it doesn’t end there. They’ll also take fiction of all other types including but not limited to general fiction, historical fiction, horror, mystery, paranormal, suspense/thriller, urban fantasy, and woman’s fiction. Among the age groups they accept are middle grade, young adult, and adult. But they do it the “old school” way. So, no sending emails with attached documents. This publisher wants paper submissions. Whoa!

If you have a manuscript that fits one of these genres and age categories, then be sure and check out their submission guidelines. And as always, good luck!