For all lurking contest junkies, Baen Books has a contest that was brought to my attention a few years back. You only need to create 8000 words. That’s right, a mere eight-thousand! Most thrilling? You have until April 30th, 2020 to create a wonderful story.

Baen Books will announce the winner of the inaugural Baen Fantasy Adventure Award at this year’s Gen Con to the best of original short fiction capturing the spirit and tradition of great storytellers as Larry Correia, Robert E. Howard, Mercedes Lackey, Elizabeth Moon, Andre Norton, J.R.R. Tolkien, David Weber and Marion Zimmer Bradley.
All the details can be found here.

Revise & Resub is a writerly contest started in 2017 by a group of editors wanting to help writers find their dreams of publishing. Writers submit their completed manuscripts to two editors and one alternate  for an opportunity to win feedback. The chosen writers will get help to ready their entire manuscripts for agent queries, and it’s FREE!

Harlequin Romance is looking for new romance writers to become their next authors. Details posted on their blog So You Think You Can Write. If you think you’ve got what it takes and have a polished romance manuscript ready for submission, this might be for you! Entries must be sent no later than April 20, 2018. Even cooler, all submissions will receive feedback by the 4th of May! (I know you want to squeal, go ahead. I’ll wait.)

Submissions will be uploaded to Submittable. But before you send things off to the editors, be sure and read the guidelines here. And as always, good luck!

Winning Writers is sponsoring the Wergle Flomp Humor Poetry Contest , which ends April 1, 2018. This contest seeks today’s best humorous poems. There isn’t a fee to enter, and even better, it’s for published or unpublished work! That’s right, even if the authors works was already published, it’s still eligible.

The judges will award a first prize of $1,000 and a second prize of $250. Ten Honorable Mentions will receive $100 each. The top 12 entries will be published online. To enter, submit a funny poem of no more than 250 lines. As always, good luck!

For all lurking contest junkies, Baen Fantasy Adventure Award was brought to my attention a few years back. You only need to create 8000 words. That’s right, a mere eight-thousand! Most thrilling? You have until April 30th, 2018 to create a wonderful story.

Baen Books will announce the winner of the inaugural Baen Fantasy Adventure Award at this year’s Gen Con to the best of original short fiction capturing the spirit and tradition of great storytellers as Larry Correia, Robert E. Howard, Mercedes Lackey, Elizabeth Moon, Andre Norton, J.R.R. Tolkien, David Weber and Marion Zimmer Bradley.
All the details can be found here.

Who’s up for another retreat to stimulate the writerly mind? Then you’ll want to check out Write Away Greece in Paros, Greece! Spring session is April 22-29, 2017 and has limited places remaining. If you can’t make this session, no worries. There will be a summer session June 4-14, 2017. Yes, two opportunities to attend a place of inspiration.

Spend the time writing your latest WIP in workshops and mentoring sessions. Mingle with other authors, talk over group dinners, and chat on the weekend social occasions. Of course, you can also purchase extras such as tour of Paros, boat trip to neighboring island of Antiparos, horseback riding, guided hikes, yoga, private massages, and private boat tours. For more information, or to see all the Write Away Retreats in different countries, go to Write Away Europe website. 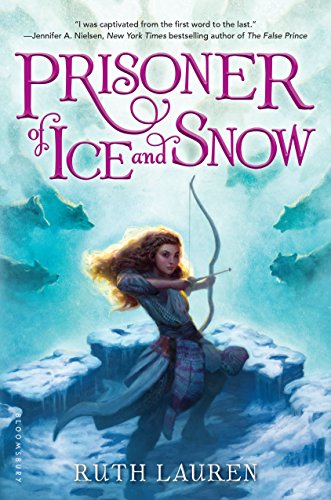 The Iceland Writers Retreat states that over the course of the retreat, each participant is enrolled in a total of five two-hour small-group writing workshops (max. 15 participants) led by internationally acclaimed authors, a Q&A panel with all faculty, and numerous readings and social functions. But there are only a few seats left, so you better hurry!

Each of our Featured Authors teaches two different workshops, and you have plenty of time to interact with faculty, including those with whom you do not have any workshops. The retreat takes place April 5-9, 2017 and costs approximately ISK 289,000 (approximately $2479 US dollars). Prices exclude airfare and airport transportation.

But between all the intimate workshops and lectures, writers will have the opportunity to tour the spectacular Golden Circle, sit in cozy cafes of Reykjavik, soak in geothermal hot springs, listen to new Icelandic music, meet contemporary Icelandic writers, and learn about the country’s rich literary tradition. And remember, if researching for a novel or just wanting the workshops to improve your craft, this retreat is tax deductible! For complete registration inclusions, go here.

As always, have fun and learn lots!