Okay, I’ll admit the cover drew me to this story! But look at it, soooo spooky! ONE FOR SORROW is set during World War I and the influenza epidemic of 1918, this story unravels the tale of childhood school days gone wrong. Annie is eager to make friends at her new school, but Elsie claims her as her own bestie, refusing to allow Annie to connect with other girls. After Elsie passes from influenza, her ghost returns to torment Annie for befriending others and to make sure Annie is isolated and disliked as much as she had been when alive.

While this was an easy read, Elsie didn’t become a ghost until halfway into the story. This was delayed longer than I’d anticipated, making some of the bullying redundant in order to get to the good stuff–a scary ghost! And even though the historical setting enriched the story, I felt cheated with the lack of generational terms. But make no mistake, author Mary Downing Hahn creates a realistic story of how easy it is to get swept into bullying when a child just wants to be liked. She also paints a cruel tale of how difficult it is to get out of a this horrible situation. So, if you’re looking for a darker read, this is for you! 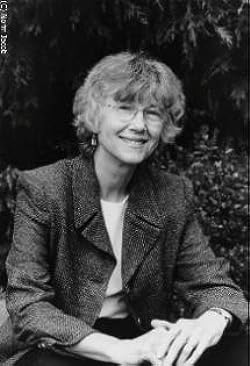 Mary Downing Hahn, a former children’s librarian, is the award-winning author of many popular ghost stories, including Wait Till Helen Comes, which is being adapted for film. An avid reader, traveler, and all-around arts lover, Ms. Hahn lives in Columbia, Maryland, with her cat, Oscar.

Against the ominous backdrop of the influenza epidemic of 1918, Annie, a new girl at school, is claimed as best friend by Elsie, a classmate who is a tattletale, a liar, and a thief. Soon Annie makes other friends and finds herself joining them in teasing and tormenting Elsie. Elsie dies from influenza, but then she returns to reclaim Annie’s friendship and punish all the girls who bullied her. Young readers who revel in spooky stories will relish this chilling tale of a girl haunted by a vengeful ghost.

“Hahn’s story is characteristically steeped in eerie atmosphere, and the novel’s blend of historical drama, the supernatural, and the intricacies of adolescent friendship is a gripping combination.” —PW

“Hahn is a veteran author who clearly knows her apples about writing ghost stories, as this, her latest inventive page-turner, evidences… Shivers aplenty, but also genuine emotion that will invite empathy.” — Booklist

“Another historical and chilling success.” —Kirkus

“Another solid addition to Hahn’s oeuvre, this would also make a spine-chilling pair with Cohen’s The Doll’s Eye.” —Bulletin

Check it out! SOME KIND OF MAGIC by Mary Ann Marlowe is releasing January 31, 2017! Lucky for me I was chosen to be part of her blog tour and received an ARC. What compelled me to read this novel was the fact it sounded similar to the movie Love Potion No. 9 with Sandra Bullock. So, I HAD to read it!

Since I have a science degree, I got a kick out of Eden being a biochemist. The story had me busting at the seams due to a test they run detecting, um, erections. Working in a lab of this type, it’s no wonder the development of a pheromone enhancement serum was created. So, when Eden meets Adam, she can’t be sure he really likes her for her. And come on folks, who doesn’t dream of hooking up with their favorite lead singer! But the story is much more than that. Eden mistakes him initially for some grungy want-a-be musician and not the famous Adam Copeland. After all, she doesn’t really listen to his music. It doesn’t take long for some steamy sex to heat up your night. But this story is about Adam being a real person and Eden having dreams of her own, not to mention, learning to trust in love. Mary Ann Marlowe is a funny and brilliant writer. I highly recommend this story. (Be sure to scroll down for a #Giveaway!)

In this sparkling debut novel, Mary Ann Marlowe introduces a hapless scientist who’s swept off her feet by a rock star—but is it love or just a chemical reaction?…

Biochemist Eden Sinclair has no idea that the scent she spritzed on herself before leaving the lab is designed to enhance pheromones. Or that the cute, grungy-looking guy she meets at a gig that evening is Adam Copeland. As in the Adam Copeland international rock god and object of lust for a million women. Make that a million and one. By the time she learns the truth, she s already spent the (amazing, incredible) night in his bed

Suddenly Eden, who’s more accustomed to being set up on disastrous dates by her mom, is going out with a gorgeous celebrity who loves how down-to-earth and honest she is. But for once, Eden isn’t being honest. She can’t bear to reveal that this overpowering attraction could be nothing more than seduction by science. And the only way to know how Adam truly feels is to ditch the perfume—and risk being ditched in turn

Smart, witty, and sexy, Some Kind of Magic is an irresistibly engaging look at modern relationships why we fall, how we connect, and the courage it takes to trust in something as mysterious and unpredictable as love.

One winner will receive a $50 Amazon OR Book Depository Gift Card (International). Three winners will win a signed copy of SOME KIND OF MAGIC (US only).

Some Kind of Magic is Mary Ann Marlowe’s first novel. When not writing, she works by day as a computer programmer/DBA. She spent ten years as a university-level French professor, and her resume includes stints as an au pair in Calais, a hotel intern in Paris, a German tutor, a college radio disc jockey, and a webmaster for several online musician fandoms, plus she has a second-degree black belt. She has lived in twelve states and three countries and loves to travel. She now lives in central Virginia where she is hard at work on her second novel. She loves to hear from readers and can be reached through her website at www.maryannmarlowe.com, Facebook, and Twitter.